in Austin, TX at the AT&T Center or Live Stream through Behavior Live.

video
the benefits of vbc

The mission of the VBC is to highlight, support, and mentor practitioners and researchers who utilize the theoretical, practical and empirical information about verbal behavior in their professions. The conference is organized and hosted each year by the Central Texas Autism Center and its founder, Kelle Rich, BCBA, LBA.

An Introduction to Skinner's Verbal Behavior with Dr. Hank Schlinger 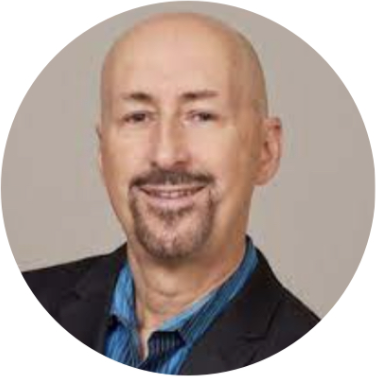 Skinner’s book, Verbal Behavior, which he called his most important work, is dense and often obtuse. As such, it is difficult to read for even the most well-trained behavior analyst. The book is also a tour de force of behavior analytic theory and, as such, an exercise in parsimony, explaining as it does a complex subject matter with a few experimentally derived principles. As Skinner wrote, “The emphasis is upon an orderly arrangement of well-known facts, in accordance with a formulation of behavior derived from an experimental analysis of a more rigorous sort.”

After I presented at the VBC last year, I realized that many BCBAs may not have had the luxury of taking a course on Verbal Behavior in their graduate program. Therefore, the purpose of this abbreviated course is to cover the main points of the first 10 chapters of the book.

If you have already taken a course on Skinner’s book, then this course should serve as a refresher. If you haven’t, this course will introduce you to the main concepts in Chapters 1-10. Either way, taking this course should benefit those who attend upcoming VBCs by providing a solid foundation for the theoretical and experimental talks.

10% discount off total price if purchased with the VBC registration 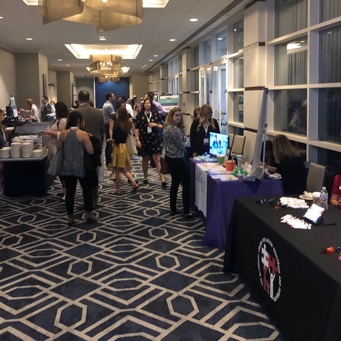 The VBC reaches 100’s of professional from all over the world each year. We are looking for exhibitors that want to be highlighted as supporters of this conference’s mission and who support the science of ABA, families with autism and other developmental disabilities and practitioners.

Interested in exhibiting at the Live Resource Fair or Sponsoring part of the event? Contact us at ctac@ctac1.com.

video
thoughts from the founding fathers of vbc 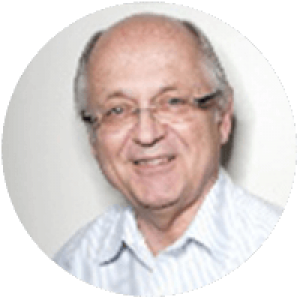 Dr. McGreevy will describe how Essential for Living teaches pragmatic, verbal and non- verballanguage to children and adults with moderate-to-severe disabilities, including but not limited toautism. These children may be ‘stuck in level 2’ of the VB-MAPP, may have difficulty acquiringabstract concepts and conditional discriminations, and may seldom experience verbalmediati ... Read More + on, generalization, or equivalence relations. Essential for Living guides users to teachmands, listener responses to mands and text, and multipli-controlled tacts and intraverbals incontexts similar to those that occur in everyday living, without the addition of grammar andsyntax. Download Abstract 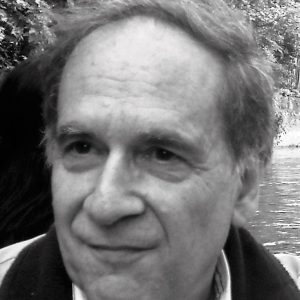 Dave Palmer’s professional niche has been the attempt to clarify and extend Skinner’s interpretations of human behavior. With John Donahoe, he coauthored the text Learning and Complex Behavior, a text that offers a selectionist interpretation of behavioral complexity. His papers touch on the conceptual foundations of behavior analysis, problem solving, memory, private even ... Read More + ts, and especially verbal behavior. In 2018, he retired from 30 years at Smith College, but he continues to teach a graduate seminar in verbal behavior every year at Western New England University. He has edited two of Skinner’s unpublished works—the Hefferline Notes and the William James Lectures—(available for free at bfskinner.org), and he has written forewords to the new editions of Contingencies of Reinforcement and Verbal Behavior. 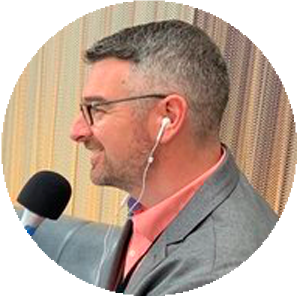 Matt Cicoria is a behavioral and educational consultant in private practice, providing services to school and community settings in New Hampshire and Vermont. Matt earned his B.A. in Psychology at the University of New Hampshire, and then his M.S. in Psychology at Auburn University under the supervision of Dr. Jim Johnston. After graduate school, Matt went to work in the f ... Read More + ield of Developmental Disabilities, working in both community and residential settings. In 2002, Matt earned his BCBA certificate, and in 2007, he started an independent consulting practice, Positive Behavioral Outcomes, LLC. Through this company, Matt has consulted with hundreds of students’ teams across northern New England. As a dissemination project, Matt created The Behavioral Observations Podcast in February of 2016. The podcast publishes long-form interviews with leading behavior analysts where current topics in the field are discussed in a casual format. Since its launch, the show has been downloaded almost 2.9 million times, and has reached audiences in over 100 countries. Matt, along with Dr. Lisa Britton, is the author of Remote Fieldwork Supervision for BCBA© Trainees. He lives in New Hampshire with his wife and three children. 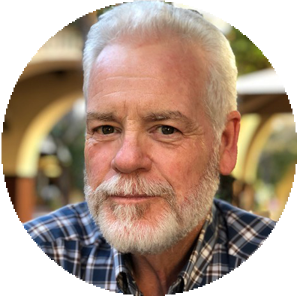 Mark Sundberg, Ph.D., BCBA-D received his doctorate degree in Applied Behavior Analysis from Western Michigan University (1980) under the direction of Dr. Jack Michael. He is the author of the VB-MAPP, and co-author of the ABLLS and the book Teaching Language to Children with Autism or Other Developmental Disabilities. He has published over 50 professional papers and 6 boo ... Read More + k chapters. Dr. Sundberg is the founder and past editor of the journal The Analysis of Verbal Behavior, a twice past-president of The Northern California Association for Behavior Analysis, a past-chair of the Publication Board of ABAI, an ABAI Fellow, and served two terms on the Board of Directors of the B. F. Skinner Foundation. Dr. Sundberg has given hundreds of conference presentations and workshops nationally and internationally, and taught 80 undergraduate and graduate courses on behavior analysis, verbal behavior, sign language, and child development. He is a licensed psychologist with over 45 years of experience. His awards include the 2001 “Distinguished Psychology Department Alumnus Award” from Western Michigan University, and the 2013 “Jack Michael Outstanding Contributions in Verbal Behavior Award” from ABAI’s Verbal Behavior Special Interest Group. 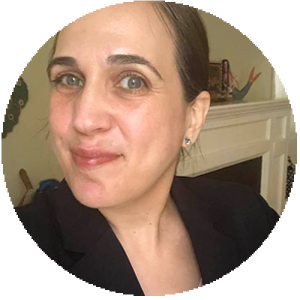 Dr. Sarah Lechago is an Associate Professor in the Behavior Analysis master’s program at the University of Houston Clear Lake (UHCL). She directs the UHCL Verbal Behavior Clinic (VBC) and co-directs the UHCL Connecting the Dots program. Her research interests include verbal behavior, student and caregiver training, motivating operations, and diversity, inclusion, and equit ... Read More + y. She has published in numerous journals including JEAB, JABA, and TAVB. She serves as an Associate Editor for the TAVB journal. She also serves as the founder and Chair of the Texas Association for Behavior Analysis’ (TxABA) Equity, Diversity, and Inclusivity for Everyone (EDIE) Committee. 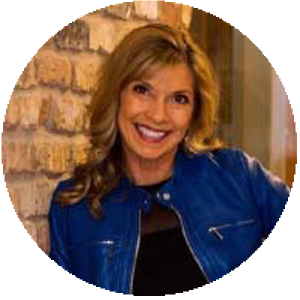 Tamara S. Kasper, MS, CCC-SLP, BCBA, is a pediatric Speech-Language Pathologist who has treated children with challenging behavior since 1990, specializing in children with autism since 1995. Tamara’s commitment to the children she serves led her to pursue treatment methods outside the field of Speech-Language Pathology. She has advanced training in Nancy Kaufman’s strateg ... Read More + ies for apraxia of speech and partnered with Nancy to create The K&amp;K Sign to Talk Materials and App. She has advanced training in Applied Behavior Analysis/Applied Verbal Behavior, and under the mentorship of renowned Behavior Analyst Dr. Vincent Carbone and his protégé, became a Board Certified Behavior Analyst. Described by attendees as “inspirational” and “empowering,” Tamara is a frequently invited international lecturer, enthusiastically sharing intervention techniques that building functional verbal behavior, social communication skills and combine social skills training with physical training. She has lectured and treated individuals across the United States and Canada as well as in Ethiopia, Senegal, Greece, Germany, England, Ireland, and other countries. She is past recipient of WISHA’s Clinical Achievement Award. Tamara directed The Center for Autism Treatment near Milwaukee, Wisconsin for 15 years, and now serves as Director, Clinical Center of Excellence for Caravel Autism Health. 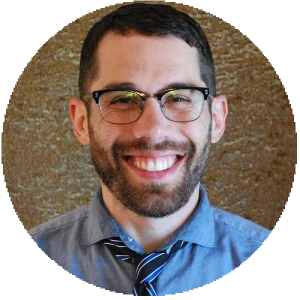 David Roth has been a passionate student of B.F. Skinner’s works for nearly 20 years. He received his master’s degree in behavior analysis at California State University, Stanislaus. Since 2002, David has been using behavioral principles to help improve the verbal and non-verbal repertoires of individuals with autism and related disabilities. David has served as editor-in- ... Read More + chief, associate editor, and writer for the Operants magazine with the B.F. Skinner Foundation. He is currently serving on the Board of Directors with the B.F. Skinner Foundation. David’s publications include essays on topics such as Skinner’s personal notes, the Skinnerian concepts of stimulus and response classes, and behavioral interpretations of mindfulness and meditation. David has also published a chapter on the topic of inclusion for the third edition of Dr. Julie Vargas’s textbook Behavior Analysis for Effective Teaching (2020). 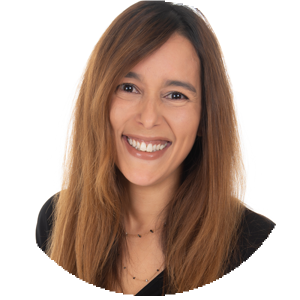 Francesca degli Espinosa fell in love with behaviour analysis in 1996, when she began working as a tutor for a child with autism. Almost immediately she became interested in interventions that could both define and establish generalised learning: the ability to demonstrate novel responses within an operant class without each individual response having been previously reinf ... Read More + orced. She was given the opportunity to explore this question when she worked as the Lead Clinician for the first UK-based EIBI outcome study (Remington et al., 2007) at the University of Southampton. Within that context, she developed the Early Behavioural Intervention Curriculum (EBIC) an intervention framework derived from functional analyses of language, which subsequently formed the principal focus for her Doctoral thesis (2011). Her clinical and research interests eventually settled, and continue to be, on advanced applications of contemporary analyses of verbal behaviour (Horne &amp; Lowe, 1996; Michael, Palmer, &amp; Sundberg, 2011) as a basis for teaching generalised verbal repertoires, and, thereby, as a means of minimising the need to teach specific individual verbal responses. She lives in the UK where she divides her time between clinical work with families, teaching in a few postgraduate programmes and learning about dog training with Darwin, the latest addition to a busy teenage dominated household. 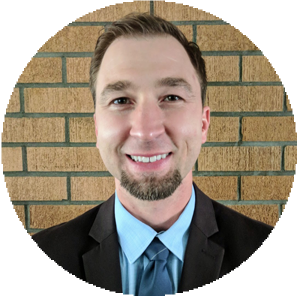 Dr. Kevin Luczynski is an Associate Professor at the University of Nebraska Medical Center’s Munroe-Meyer Institute. Dr. Luczynski worked at the Johns Hopkins University School of Medicine’s Kennedy Krieger Institute where the intensity of clinical services provided to individuals who engaged in severe challenging behavior improved his understanding of within-subject metho ... Read More + dology, environmental determinants of behavior, and the value of working within a community of clinical experts. During this period, he earned a Master’s degree in Applied Behavior Analysis from the University of Maryland at Baltimore County. Dr. Luczynski earned his Ph.D. in Behavior Analysis at Western New England University under the supervision of Dr. Gregory P. Hanley in 2011, and he completed a pre-doctoral fellowship under the mentorship of Dr. Wayne Fisher. Currently, Dr. Luczynski conducts research geared toward helping individuals aged between 3 and 12 years old with the goals of resolving conflicts over possessions and materials, developing friendships via play, engaging in emergent responding, establishing early friendship skills, preventing the emergence of severe challenging behavior using universal interventions, facilitating honesty, and teaching self-protection from bullying. Dr. Luczynski has over 30 publications, and, since 2018, he has published 17 articles, and 2 book chapters, in the most rigorous applied journal in behavior analysis – Journal of Applied Behavior Analysis. His interests are varied, but a common theme is pushing the application of research to achieve outcomes that represent applied endpoints of social importance. Moreover, he has served three consecutive 3-year terms as an Editorial Board member of the Journal of Applied Behavior Analysis and served as a Guest Associate Editor of the Journal of Applied Behavior Analysis for 23 manuscripts.

Registration and Breakfast Tacos and Coffee Bar (in person)

Dr. Kevin Luczynski- Joint Control and Its Relation to the Emergence of Novel Instruction Completion

David Roth- A Skinnerian Account of Meditation and “Mindfulness”

Dr. Sarah Lechago- There Are A Lot of Questions About Asking Questions: A review of the literature and tactics for teaching mands for information

Dr. Pat McGreevy- The Importance of Availability, Function, and Response Effort In Maintaining an Alternative Method of Speaking 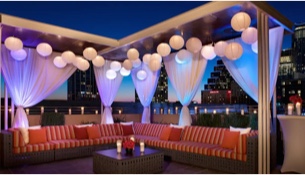 We will be hosting a Poster Session at this year’s conference. For poster submission information, please click here. 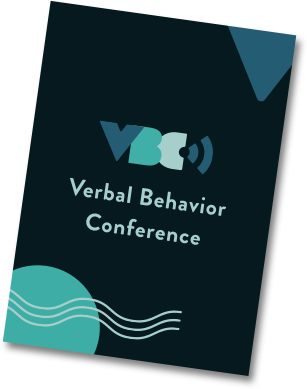 A Look Back at the 1st VBC